When you lose, don't lose the lesson.

Lecture Hand Out
next

Archive for the ‘Diariku’ Category

Selamat jalan Michael Jackson…. Your song has inspired  the world, united the black and white…

Yatta!! Finally, I bought a brand new tera hardisk. After a long enough time dreaming of it, last weekend I bought it in Surabaya. Actually I wanted to buy in Malang, but…. since I didn’t find what I want unless I order it before (which also from Surabaya), I decided to buy directly from there.

Saturday morning, headed off by travel car as the first then picked up some other passengers, and left Malang at 7 am. During the trip, went sleep half or an hour, sleepy enough since I went sleep in the night before at probably 2 am.
Arrived at 9.30 in Minnie’s place and put my backpack there. Looked up at her suit, and laughed once, don’t know why, not because her suit actually hahaha. Since, I hadn’t had my breakfast yet, we went to Jula-Juli and ate there, mm… It was rendang or whatsoever, I dunno the name.

After we ate breakfast, we went directly to hunt the hardisk that I wanted, a WD My Book Home Edition 1 Terabyte, Essential Edition is too simple, Studio Edition is too expensive.

Yeah, we asking so many stores at the ground floor, 1st and 2nd but there are so little price variations. It seemed every time we asked for the price, higher price we got. After for about an hour walked, we found a store that gave us the lowest price. Then we left that place, hoped that this store would be the last place. After some more quarter hour we walked, we decided to go to that place. But we got lost! I didn’t remember where the place and what the name of the store, neither did Minnie. Circled around few times, confused, finally Minnie remembered the place. We found the place. Yokatta! After talked to the storekeeper, she took the phone and made a call. Few minutes later she informed us, and made us shocked, the price she gave before was a mistaken. The correct one was just the same as the price we got from other store firstly we went. Gosh!! Its just a wasting time and energy.

Eventually, we went to the firstly store and made a deal. Waiting for the hardisk for being picked up, we went to ATM. Gosh… the line was long enough. Yeah, its Saturday and the last day of SSF. More tired we’re became, standing up and waiting for our turn. I think if I sum how far we’re going that time, probably it may take kilos. Waiting longer more and more for the storekeeper to prepare and served others. Couldn’t stand with that, we bought beverages, an ice cream cone for me and tea for Minnie. Back to the store, still waiting, and finally he gave the hardisk to be be paid. Yeah!! The hardisk was in my hand.

Suddenly, Minnie told me about SSF and the prize coupons. Its really a chance, nothing to lose, “iseng-iseng berhadiah” hehehe. Went to the 1st floor and asked the security officer where can we get the coupons, he told us and appointed the place. We directly rushly went to exact place. So many people in line there, waiting for getting the coupons. We also waiting for about 5-10 minutes but in different line, after I asked to the man who in charge there, he told me that we must wait in the left side of the next line. We just stared each other, we’re waiting for nothing except wrong line. We walked break through the line that occupied by so many people and there are already couple of women waiting  to get the coupons. One being told that prerequisite for getting the coupons was bringing the thing that bought before, they sighed,  since  they didnt bring it. Then they let us to get in turn. Yatta!! Finally we got the 15 coupons. Unfortunately there wasnt any ballpoin or something to write. We ran to the market in the ground floor, just to buy a ballpoin. Minnie got in to the market and i was waiting outside and held the hardisk box. After waiting for long enough, Minnie came out, brought couple of ballpoin and a bottle of drink. Filled out the 15 coupons in hurry, i got 7 and Minnie got 8 coupons. Its truly been a long time, since I wrote something last time. After we filled out all the coupons, we ran to return it back. Its truly a rush time, kinda like a sprint run. Pheww… Finally we inserted the coupons to the box. Tired and sweaty.

After that went back at 4.30, left the mall and decided that nite I would stay in inn for sleep instead in my family’s house. We’re only asked to 2 inns, the first was in front of Unair Campus, and one near Galaxy Mall. Since, the last was much more expensive, I booked in the first inn. Took my backpack, Minnie’s laptop and her phone to be repaired, and checked in. Hell you know, the way of receptionist look at us was so… contemptuous, disdainful, like we were gonna do something. After Minnie said that she’s my ‘sister’, he seemed ‘softening’ though I still felt his weird look.

Took a rest for a while, and tried to repair Minnie’s phone that got infected by virus. Since I forgot to copy mobile antivirus, there is no other way except format her phone. Backed up her contacts, messages, and images and started to format.
At 6.30, Minnie and I out for dinner. Went to Rice Box and ordered ‘Nasi Goreng Hitam Seafood’. Hmmm….Yuummy, it was my first time eating such that fried rice. It was totally black since it was mixed up with octopus’ ink. After we full we went home, yet, at the middle of way, we stopped by and bought 2 burgers. I thought Minnie wanted to, but she didn’t, and I guessed it’s my duty to eat those hehehe…
Finally, arrived in the inn, and so Minnie went home, and I returned back to my room and got resting.
(to be continue…)

I hope I will be able to treat you better.

Phew… Finally, I’m so grateful. My life is going back to normal. At least these recent days. Sleeping well, no overtime work. In fact, I was sleeping almost 9 hours hahaha…kinda revenge lol.

Yesterday, met Aizun neesan at her home. Few days before, she told me that she has a book bout student guide to japan and scholarship, and she asked me whether I’m willing to take it or not, but because I was still busy I couldnt take it. So, I took it yesterday when I had leisure, after I cleaned up my room. I was suprise when I went there. I thought I was lost. Everything has changed. I almost didnt recognize at all. But, I made it hahaha. Its not funny when u get lost.

We had talked a lot. Been long time. Talked bout this, that, here, there, she, he, blablabla… She also told me that while she is taking a college here in malang, she is also working in jakarta, accompanying and assisting japanese who is doing researches, and kinda have connection with embassy or some what, i dunno exactly. Sugoi da ne… ^o^

Last, she asked me to go out for having lunch or dinner. Since I didnt know where we should go, she decided the place. Hopefully today is gonna be a bright day. Rain…don’t fall today…

Shall I set up teru teru bozu?

Been a long time since my last visit. So many missing things to be written here. Didnt know what had happened with my blogs..Hufff…

So many things to do lately. Rushing me in busy things and pushing me to live underworld. Geez… My eyes is getting slanter, so heavy, tired, and ‘hot’ like putting onions in my eyes. Always sleeping at 2am up to 4 am and even late in the morning. Wakes up, and starts the day behind my compie or lappy till i’m going to bed again. Actually its not my own lappy, my PIC lended me since my own is becoming a ‘wreckage’ hahaha. Heard by chance, its probably a donation from SBY for something up, i dont know exactly. So here we are, me and my ‘borrowing’ lappy. “Coding merry go around”. Nothing more than coding lately. In which, actually i dont exactly keen on it. Sleeping late,wake up late,coding till late,eating late,so so… Suicide is one rasionable reason for now hahaha… I’m killing my self with my works and this bad habit. I’m dying. But i must overcome all of this. This work is not done yet, still far from over. Yeah, its not over yet.

I’m now trying to get this work done asap. Plenty tasks to do, design and build a web application to online register at UB for those who are still in high school from entire high school around this country (and also outside) to be the next college newbies here. Its called SelMa UB, stands for Seleksi Masuk UB. Running at http://selma.brawijaya.ac.id (with or without www). So, high school student must apply here first and entry their data (biography,marks,achievements,etc), print their application letter, legally signed by their headmaster and send to UB, after verified by UB, the result will be posted in this SelMa UB site.

While I’m finishing this, i’m also contentrating with its front-end administration site. Shortly, i must make two sites with totally different looks and feel and behavior, in an instant like… zaappp…and its magically appears… and I must finish this by me SELF!! Arrggghhhh…. dont blame me if somehow sometime i’m going to jump out from the window from tenths floor. Geezzz… but i’m not that crazy… yet…

I juz want to get this finished asap. Get a normal rest and sleep, like other normal people, with normal life… Amiinnn… 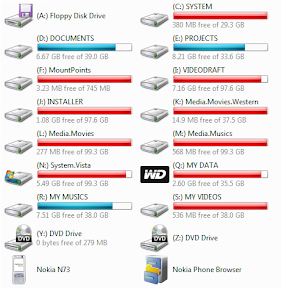